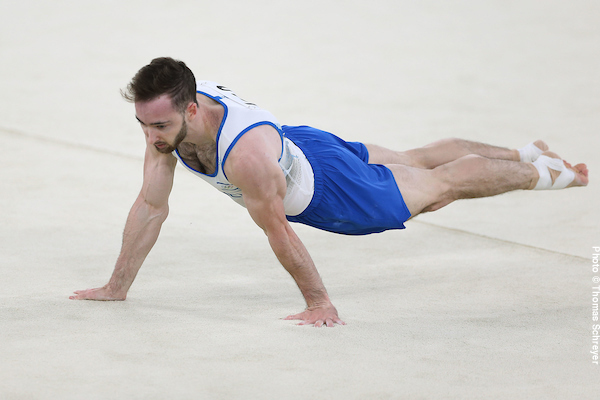 After a few unsteady landings, Israeli gymnast Artem Dolgopyat got his act together to produce a winning performance in the floor final, offering his country its first gold medal of the Tokyo Games and its second gold in Olympic history.

“I’ve been dreaming of this since I was six,” he said. “It is the best gift for my country. It means a whole lot to give Israel its first gold medal in gymnastics.”

Dolgopyat, who also ranked first in qualifications, admitted his final routine was not ideal. The landings of his first three tumbling passes were unsteady, and he stepped out of bounds on his fourth pass. Dolgopyat said he was determined to finish strong, however.

“I knew it would be difficult,” said Dolgopyat, Israel’s second Olympic champion after Gal Fridman, who won gold in sailing at the Athens 2004 Games. “I told myself, ‘This is my chance to do it, I need to keep going and concentrate.’ But it wasn’t easy.”

Dolgopyat’s victory wasn’t clear-cut, either. He and Spain’s Rayderley Zapata scored 14.933, but Dolgopyat was awarded first place based on his higher difficulty score. His victory caught him off guard but already aiming for better future performances.

“I didn’t do my best and I had some mistakes, but I was surprised when I saw my score,” Dolgopyat said. “We’ll keep working.”

Next up: Balance beam champion Guan Chenchen of China on whom she credits for her gold medal