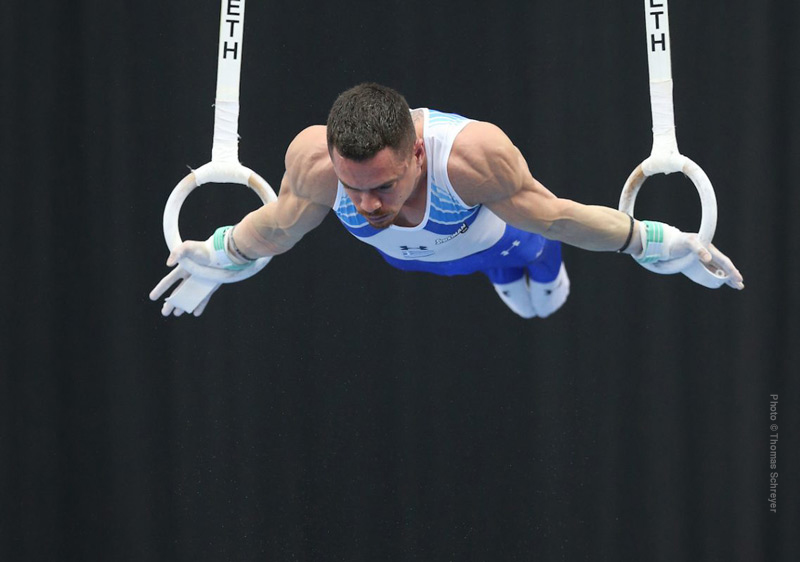 As the COVID-19 pandemic continues to disrupt life around the world, defending Olympic still rings champion Eleftherios Petrounias of Greece told IG he is faithful that the virus will eventually be put under control and his quest to qualify for this summer’s Olympic Games in Tokyo will end successfully.

In this International Gymnast Online interview, Petrounias shares COVID-19’s impact on his life, his determination to qualify for Tokyo, and his advice for gymnasts and society at large in coping with the pandemic.

IG: How are your processing the impact that the virus has had on the world, and on your training? What changes have you had to make in terms of training?

EP: The virus at the moment already has an impact as we didn’t make the finals of World Cup in Baku. From the day we traveled back to Greece of course we have a few days off, but for now we are not able to go for training because the national center of Greece is closed to protect against the outbreak of the virus. There are some ideas for allowing a few athletes by name only who are preparing for Tokyo and only for that to continue training, but we haven’t had any news about that yet.

IG: You were in a good position to win in Baku before the finals were canceled. What is your perspective on the disappointing circumstances, and especially how they affect your plans to qualify for Tokyo?

EP: Yes, it is true that I am in very good shape and the 15.10 (score in qualifications) isn’t the best score I can get. I really believe I can do better. With a stuck dismount it can be 15.30-plus! I think the FIG (International Gymnastics Federation) has to count this qualification as a final because it was the closest competition to a final. Otherwise they have to organize a new World Cup in order for the athletes who are chasing the Olympic ticket to have the right chance. After that I think it will not impact my plans because we’re still on the road to Tokyo and the dream is alive.

IG: Considering the recent changes to the FIG schedule because of the pandemic, which competitions do you hope to attend in the coming months, and what will you need in terms of points and wins to qualify for Tokyo?

EP: As I said, if Baku counts, I need one more win in Doha (World Cup of Doha, originally set for March 18-21 but rescheduled to June 3-6). I will be there to get what I deserve and have worked for, in order to go to Tokyo and defend my title on rings. I’m ready for it.

IG: What is your message to other gymnasts and people in general who are coping with the uncertainty and fear associated with the virus?

EP: The only thing I want to say is to protect themselves and be careful about the cleaning rules — washing hands all the time, no touching the face including mouth, nose, eyes and ears, keep safe distances and keep doing what they love the most, which is gymnastics. I believe that for every problem there is more than one solution, and we will reach that soon. I’m confident that humanity will stay strong and will get over this. People are stronger than they believe. Difficulties are a chance to prove that to themselves, and at least have some good come from this hard virus which has entered into our lives without asking.