Born July 28, 2006, Georgieva is coached by Bulgarian Olympian Filip Yanev, who also excelled on vault (fifth at the 2004 Olympics). She was the vault silver medalist at the 2020 Junior European Championships and the 2018-2021 Bulgarian junior national all-around champion. She also won the senior all-around at the 2022 Bulgarian Cup earlier this year.

Georgieva shares her thoughts about her recent successes and her goals for the rest of the year in this International Gymnast Online interview.

IGO: You are the first Bulgarian female gymnast to medal at a Challenge World Cup competition since Pamela Georgieva at Challenge Cup of Varna in 2017. What was the reaction at home after your gold medal winning performance in Osijek?

VG: Everyone was very happy for me. The Bulgarian media was very engaged in covering the result and talk to me after the event.

IGO: At your first two international competitions this year (World Challenge Cups of Baku and Varna), you qualified first to the vault final but made mistakes in both finals and finished seventh. Were these mistakes based on pressure or were there technical errors during your vaults?

VG: Kind of both. Due to pressure and a bit of fear, I made technical mistakes which obviously cost me. My coach and I have also found out that I have a little bit of a hard time controlling my adrenaline during a final, which we are currently working on. Perhaps with more competitions that will be fixed.

IGO: The two vaults you compete currently (Yurchenko 1-½ twist and full-twisting Tsukahara) are made with ease and, it looks like you are capable of even stronger vaults. What do you think are your maximum capabilities on this event? Do you plan to perform more difficult vaults on this event in the upcoming competitions the rest of this year?

VG: Looking ahead we are trying to increase the difficulty in both vaults by competing a double -twisting Yurchenko and 1-½ twisting Tsukahara. I started working on the Tsukahara vault only a year ago, and I think I have made good progress on it for that amount of time.

IGO: You are a very powerful vaulter. Do you focus more on that event to excel at it, or is it something that comes naturally? Is this an event where you spend more time compared to the rest of the events?

VG: Yes, I do focus a little more on this event since this is my strength. I don’t think it comes naturally. Rather, I credit my development on this event to my coach.

IGO: Developing as a strong vaulter, is there anyone who inspired you on this particular event?

VG: What motivated me to become a strong vaulter is my own coach, but also, I myself was ambitious to become good at it.

IGO: What will your preparation be from now to the end of the competition season this year? What are your upcoming competitions?

VG: My preparation plans include adding more difficulty everywhere – on some events adding very little but on others a bit more depending on the event. In the beginning of July is the national championships where I will be competing, then the European Championships in Munich. I believe I have a World Cup competition mid-October, and then the World Championships in Liverpool.

IGO: What are your goals for the two biggest competitions of the year, the European championships in Munich and the World Championships in Liverpool?

VG: For both competitions, the main goal is to compete well in the all-around and hit all of my events. If I hit well, I know I have a fighting chance for the final.

IGO: What areas do you think you will need to address from now until the Europeans and the World Championships?

VG: I will definitely need to focus the most on uneven bars because it is weak, and this event doesn’t allow me to have a strong all-around score. In addition, on the other three events I will need to add just a little bit more difficulty.

IGO: Do you look forward to the 2024 Olympic Games in Paris?

VG: Step by step we will get there, as long as everything is going well.

IGO: Until your recent success as a junior and now as a senior, Bulgaria had struggled to produce international results. What are the key improvements the country has made to change this?

VG: I believe the key facts are that everyone is more ambitious and motivated for success. 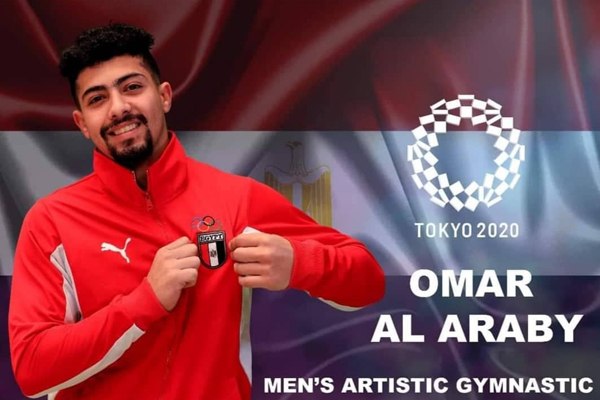 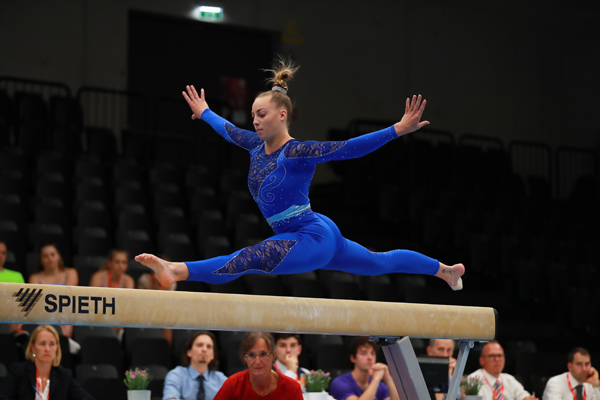 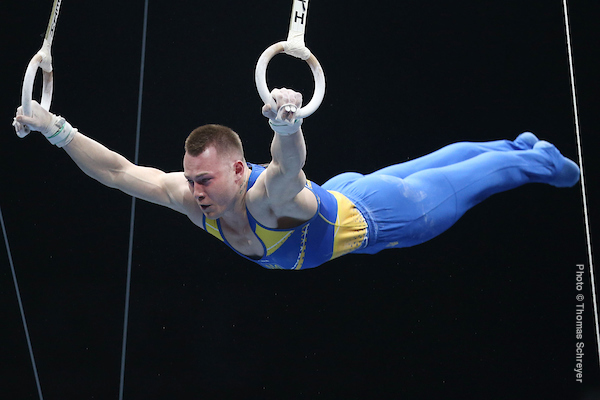 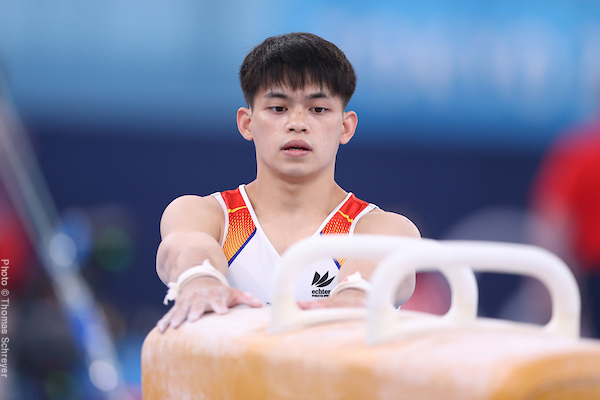